Translations of this page:
You are here: start » list3 » hanamachi_monogatari 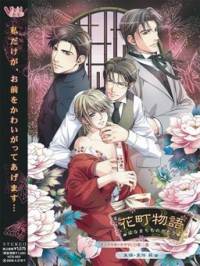 Our uke hero Suri has a English father and Japanese mother so he has blond hair and blue eyes which he gets bullied for. His parents died so at the beginning he is working as a servant at a brothel where he is beaten, starved and overworked. He catches the eye of Tatsumi, the owner of a infamous male brothel called Hanabishi who buys him over. Once he gets to the brothel, he gets a nice kimono, a nice room of his own and nice food for the first time in his life. He meets various other characters and that's when the real story (and sex) starts.